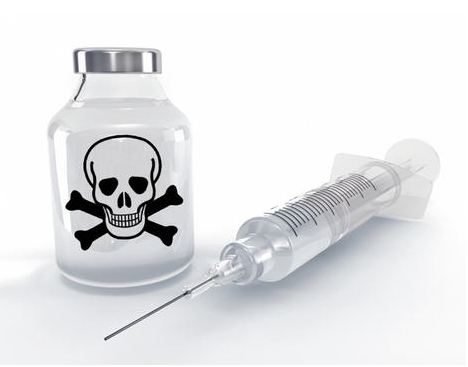 Now, the brouhaha is about vaccinations. Dr Gannon mentioned VAXXed. Clearly an X-rated movie for him, poor soul, but I watched it and it certainly issues enough red flags to think about our vaccination program. In doing research for my book, ‘Chasing Antelopes’ I noted the issue was not settled and that we should all be wary when our governments tell us everything is perfect, then force us to accept medical recommendations as orders rather than options.

As reported in The Age August 26, 2017, a practitioner in Melbourne, Dr John Piesse was advised by the Australian Health Practitioner Regulation Agency on Thursday afternoon (Yes, AHPRA) that it was proposing to suspend his medical registration because he was helping parents avoid having their children vaccinated.

Many parents involved in the anti-vaccination movement fear a link between the measles, mumps and rubella vaccine and autism. Such a link was first suggested in 1998 by UK researcher Andrew Wakefield.

Dr Andrew Wakefield, was the center of a massive controversy following the publication of his observations that indicated that some children developed a gastrointestinal disorder and appeared to have an increased risk of autism after their MMR vaccinations. The paper was later retracted by Lancet but in the ensuing lawsuits and other hearings, Wakefield was recently cleared of wrongdoing by the UK Medical Board.

Despite that, The Age, reported: His research, based on just 12 children, has since been disproved and retracted.  This is NOT TRUE. He did not conclude that MMR caused autism. He simply sounded an alarm that more research needed to be done. Read this:

He points out that his now infamous study never asserted a causal relationship between the MMR vaccine and autism. “We merely reported the parent’s description of what happened to their children, and the clinical findings,” he says. “We made no claims about the vaccine causing autism. In fact, we said this does not prove an association. And all we urged was further research.” The authors of the paper wrote at the time, “We did not prove an association between measles, mumps, and rubella vaccine and the syndrome described.”

But can you imagine what a panic this caused the drug companies? Blind terror!

The possibility that the vaccines themselves could be an issue was intolerable and the result is that this paper had to be buried.

Gastroenterologist Dr. Andrew Wakefield recently had the opportunity to speak at an “Ignite the Truth” event in Dana Point, California, about his well-known case study identifying novel inflammatory bowel disease as an outcome in some children who receive the MMR vaccine. Dr. Wakefield’s powerful testimony about what his study actually found versus what the media reported, as well as how he was maliciously targeted for his honest effort to help suffering children, absolutely destroys the prevalent myth that Dr. Wakefield has somehow been “discredited” as a scientist and doctor.

At the event, Dr. Wakefield cleared up some major misconceptions about his famous paper, including the lie that it declared all vaccines to cause autism. He had this to say concerning the structure and intent of his greatly misunderstood research:

“No one has read this paper. No one actually knows what it says. This is a case series. This is the way human disease syndromes are described, whether it’s Asperger’s syndrome or Crohn’s disease or multiple sclerosis — a handful of patients that present with a similar pattern of signs and symptoms that merit investigation and reporting in their own right.”

Concerning what his paper supposedly declared, Dr. Wakefield had this to add:

“It doesn’t test any hypothesis. It’s not intended to. It can’t. All it can do is generate hypothesis of causation — what is based upon, in this case, the parents’ story. What did this mother, sitting across the desk from me in clinic, say happened to her child? That is where medicine begins. It doesn’t begin in a laboratory, it doesn’t begin with a test — it begins with a clinical history.”

What happened to Wakefield and the other researchers is despicable. It was other doctors and the press who found him guilty of saying that he PROVED the connection between bowel disease and autism. What is clear is that his comment about the fevers associated with the vaccines and the febrile convulsions that followed was, indeed, real. There is no question that febrile convulsions can follow any infectious process AND vaccinations. The key here is to make the parents aware of this and to use paracetamol (acetaminophen) and ibuprofen, the MOMENT, the child becomes febrile. Perhaps this is what is at the root cause of any- if there are any- issues with MMR vaccinations. Certainly, one would be naïve to think that any government or drug company is going to tell you the truth. And please look at who the shareholders are in these drug companies… and shake your head in wonder.

I have discussed this vaccination issue with many practitioners and almost NONE of them advise parents to make liberal use of these anti-fever medications.

In my own practice, I will not give more than two vaccines at a time. Once explained to the parents why I think the immune system is under enough insult with two, and that they don’t have to pay for a return visit for the other vaccinations, they are happy to come back in two or three weeks time. The fear that parents won’t follow through because it is too costly to come back or disruptive of time, is bogus. Yes, I know there is a paper that says that when more and more vaccines were lumped together in an office visit the compliance went up.

That could be just an effect of awareness that these vaccines were part of a national effort and that parents were becoming more familiar with the programs. Familiarity does play a part in compliance after all, but that was not tested for in the research paper.

The evidence strongly supports the administration of some vaccines to our population, and those need to be encouraged because they are effective but perhaps the timetable of their administration should be changed. Just because it is convenient to whack in a lot of vaccines into a child while the child is in the office is not very scientific. And one has to question why we need to vaccinate against EVERYTHING. I am finding many parents NOT accepting HPV vaccinations for their children. People are starting to think.

The government needs to butt out of much of this discussion. People just need to be given good advice, though this too is a two-edged sword, because even though the ‘cholesterol causes heart disease’ hypothesis has been thoroughly demolished, we still have our governing bodies encouraging us to offer ineffective statins to more and more people even as the evidence tells us to do otherwise. The ‘normal’ cholesterol range was anything below 7 mmol/L thirty years ago— now it’s less than 4.5.  How did that happen? Well of course, profits are a new reason to treat people, so that clears that up.

Who can be trusted to give good advice? When can the public trust our advice? It’s easy to see why people have become increasingly skeptical of the ‘official’ therapies we proffer. Most are useless anyway and the public is waking up.  Soon, we won’t need statins or oral hyploglycemics either—when an ever-increasing number of the public listens to people like ‘Paleo Pete,’ Professor Tim Noakes, Dr Dominic D’Agostino, Dr Andreas Eenfeldt, and more, a little more carefully, and become healthier with no need for drugs.

So, go ahead Dr Gannon… be brave.